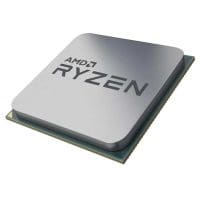 How to Install AMD Chipset Drivers?

There are several ways to install AMD Chipset Drivers. Here are some tips:

Checking the version of your chipset’s driver:

The first step in checking the version of your chipset’s drivers is to find the correct version of the chipset itself. You can find this information by going to the Device Manager and looking for ‘System devices’. You will see items named AMD SMBus, Intel XMP, NVidia, VIA, SIS, and so on. Right-click on one of these items to display the Device Properties window, and select ‘Driver’. You can then look for the appropriate driver version and release date for your chipset.

The AMD Chipset driver is a necessary component of your motherboard. This driver helps your operating system install software and drivers. If you have an AMD-powered CPU, you will also need this driver to access the additional features of your board. It is recommended that you install the latest chipset driver to get the most out of your AMD-powered system. There are two ways to install the AMD Chipset driver: the first way is to download it and then install it by following the steps described below.

In the past, chipset drivers were usually packaged on a CD. Nowadays, these drivers can be downloaded from the manufacturer’s website or from the installation software. AMD motherboards are designed with specific users in mind and are the central hub for your other devices. If you do not have the right driver for your AMD-powered motherboard, you may have issues with your computer’s speed, communication, and performance. Luckily, the process is fairly easy.

AMD chipset driver error 1603: A fatal file or registry error has been found during the installation process. If you are unable to repair the problem, you need to download the latest version of AMD products. You can also run a system scan using DISM or SFC. The results will show whether your system is corrupt or not. Depending on the level of corruption, this process may take anywhere from fifteen to twenty minutes.

Another solution to fix AMD chipset driver error 1603: remove all corrupt or missing system files. Sometimes antivirus applications interfere with the installation of drivers. It is also possible that your computer’s system files are damaged or missing. Try uninstalling any third-party antivirus software. Disabling Windows Security temporarily is another solution. If you still encounter this problem, follow the AMD support site for more information.